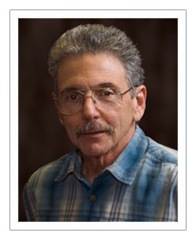 John Michaels, was the founding pastor of Calvary Chapel Spring Valley. He is a former nuclear physicist. He served in Viet Nam in the U.S. Navy. He has and incredible talent for making science and math interesting as he uses them to illustrate biblical concepts.

Remember algebra? Remember how you used to ask, “What will I ever need algebra for in real life?” Michaels turned algebra into dynamic biblical illustrations to teach truth about God.

He opened Calvary Chapel Christian School in Las Vegas, began the Calvary Chapel Bible College and Training Center in Dumaguete City, started a missions training base in La Gloria, Mexico, where my son and I went to Missions Training School. Michaels also established Send the MEssage missions conferences and seminars where many men and women had there eyes opened to God’s heart for reaching the nations and where many had their calling to the foreign field confirmed.

Michaels lead missions teams to Southeast Asia, India, Central America and Mexico. He served on the board of Shepherd’s Staff Mission Facilitators. As a local pastor, he referred to himself as a frustrated missionary because his heart was in the international mission field but God had him pastoring families locally and training men and women preparing for ministry abroad.

He will be missed. He was a successful leader with the valuable ability to duplicate himself in others and pass his experience, wisdom and vision to a generation of young people eager to take Christ to the nations.

A memorial service will be held at Calvary Chapel Spring Valley on Tuesday, August 6, 2013 at 6:00pm with an international dinner reception following the memorial. Please contact the church office at 702.362.9000 for more details.