Does God Answer When Prayer Doesn't Look So Religious?

I don't think I talked to God more than I did when Allie was in a coma. My prayers weren't just quiet and they weren't religious.

I talked to God out loud - I'm sure I looked schizophrenic - while walking down the street or jogging through the park. I pleaded with Him demonstratively with sweeping hand motions. Sometimes I jumped up and down and yelled "PLEEEEEEEAZE!!"

I yelled at Him. I cussed.

I questioned why people thought He was wise.

When I prayed, I warned people not to stand to close because there may be some inbound lightning. My prayers were not reverent.

I'm thankful that reverent, faith-filled and respectful people were praying, though. A lot of heavenly business was done on our behalf because you guys prayed.

The Charming and Beautiful Susan and I sipped coffee on our patio and spent time reflecting this past weekend. Some of the initial predictions about how life was going to be for Allie were dismal. One doctor, the first neurologist I ever met, was always extremely negative. When Allie was in a coma, he told me not to expect her to ever emerge from the coma. When she did come out of the coma, he told me to never expect that she would be much more than a vegetable. As Allie showed more and more promise, he expressed, reluctantly it seemed, surprise, but he told us to expect to have serious behavioral issues. He made sure we knew that life was going to be extremely difficult for us. There was a cadre of social workers and lawyers at the time working against us as we tried to take custody of Allie. They wanted to take her from us and put her into a group home for severely handicapped kids. They didn't think we could handle it.

So I prayed some more using the prayer style outlined above. And as others prayed, Allie continued to improve, and people with authority became our advocates. Prayers were being answered on so many levels. 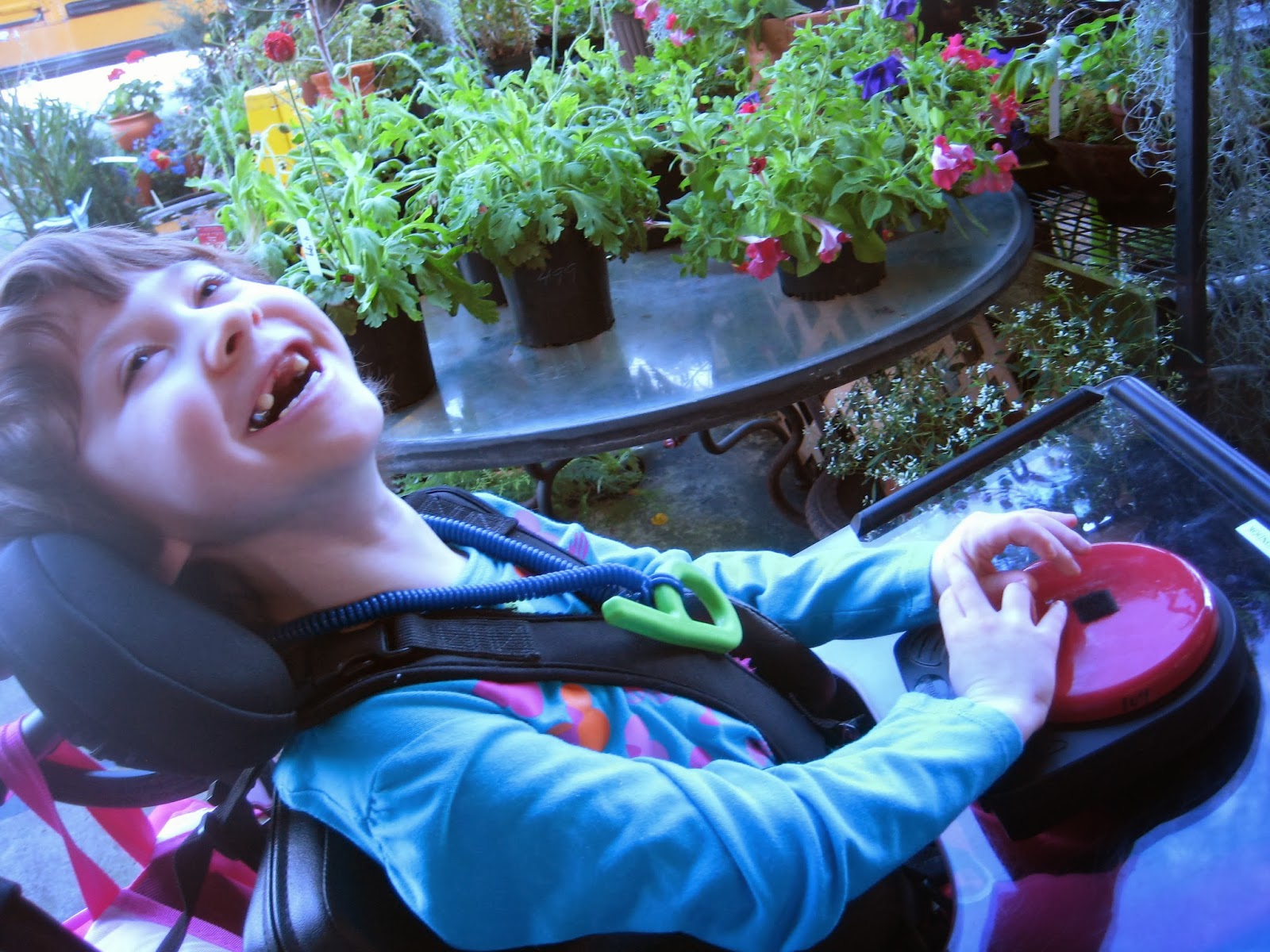 Allie is now able to enjoy going to school and interacting with other students and teachers. She continues to exceed all expectations. Her behavior is continual joy-filled expressions of affection and contagiously positive personality. I wish that doctor could see how blessed our lives are now.

God has given us such an abundant life. We never thought we'd be able to just sit and enjoy coffee together, the Charming and Beautiful Susan and I, on a garden patio together, but God was pleased to see that it happen no matter how I prayed.
Posted by Bryonm at 10:37 PM

Awesome testimony of the LORD's faithfulness. Praise Him for those times when we can look back with clarity and stand in awe of all He has done. God bless, stay courageous, and keep looking to Him!

Bryon, I was one of those reverent prayer people but never knew how our prayers were answered. Now I know and I am blessed by the testimony of Allie. Your brother Hank

Thank you for sharing your beautiful family as well as your faith,hope, and love, with all you reach. Shine on!

Such encouragement! Thank you for sharing your experiences with us. God is so faithful and sovereign. May He continue to bless you as you humbly serve and love on His child xxoo