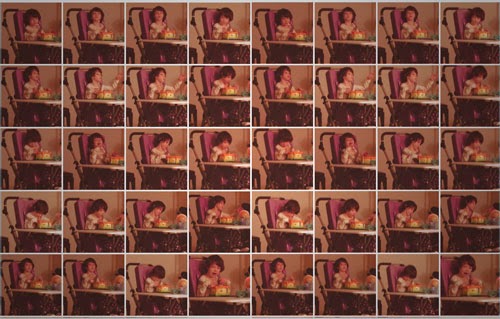 The charming and beautiful Susan became very goal oriented about six weeks ago. She determined that Allie was going to start sleeping in her own room in her own bed.


Allie is seven and a half years old and has never slept apart from us since she was a year old. That’s when we became her foster parents. Allie is a severely handicapped child—a victim of shaken baby syndrome. She’s our granddaughter, biologically. She can’t roll over by herself or even self-sooth enough to fall asleep. So for the past six years, my wife and I have been rocking her to sleep, putting her to bed, and sleeping with her through the night so we can help her roll and reposition herself through the night.


That all ended about three weeks ago.


We sure didn’t know what to expect. We eased into it slowly by getting Allie’s room ready. We had been using the second bedroom in our apartment as a guest room. Susan decorated the room in a Minnie Mouse motif to celebrate Allie’s favorite cartoon character.


We got Allie’s room totally ready and then decided Allie needed her own bathroom and should take the master bedroom. Allie has a special bath chair and it makes sense to give her a bathroom that could stay set up for her use. So we un-decorated the guest room room and redecorated the master bedroom in Minnie Mouse. We added safety rails to the queen sized bed, pillow topped bed we have for her, and installed a video monitor so we can keep an eye on her through the night.


We began to prepare ourselves for separation anxiety. Susan and I take turns cuddling with Allie through the night so we braced ourselves for Allie to be upset for the first couple of weeks while she got used to the new set up. Susan ribs me because whenever I’m out of town, I miss sleeping with Allie so much that I can’t sleep. “You’re co-dependent on Allie,” she says. Susan was pretty indifferent. “I won’t need any time to adjust.”


Allie did fine the first night. And the second night. And the third. She sleeps for hours most nights, but sometimes wakes up in the middle of the night. She just lays there, her eyes incandescent in the freaky, infrared glow of her video monitor. She’s not scared one bit. I snooze until Susan sends me into her room to put her back to sleep and then I end up snoozing in Allie’s bed. But Allie sleeps, most nights, all by herself more soundly than she ever has. In fact, she’s become difficult to get up for school in the morning which is a total switcheroo from the way it was up until just a few weeks ago. When we were all in the same bed, Allie was the first one awake, ready to go at least forty-five minutes before the alarm went off. Now she’s a big sleepy head in the morning.


Susan is the one that suffers the most from separation anxiety.
Posted by Bryonm at 10:42 PM

That is so awesome. You know, she's probably thinking, "It's about time they gave me my own bed!"
And by the way, I've been working all weekend to re-do Jack's bedroom--complete with a MICKEY MOUSE Clubhouse. Or, as Jack calls it, a Jacky-Jack Clubhouse. :)
Give Allie hugs and kisses from us!

Konstantin said...
This comment has been removed by the author.
9:42 AM

So glad. May God will give all of you His strength and joy

You all are awesome!! Miss you!

You two are inspiring and we've shared your story several times.
God bless...