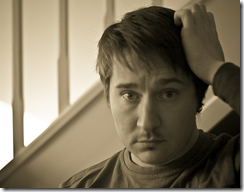 Your circumstances contradict or nullify the Word of God.

Many Christians think that they should never experience darkness or confusion as long as they do not fall into sin. When we walk through a season of this kind of testing, we actually think we are in some kind of sin. And if someone else is going through it, we judge him or her to be in some kind of secret sin.

This test is no accident. In fact, God purposely allows contrary situations into our lives. Who among us is exempt from times of trial and misunderstanding?

Think of Joseph. God revealed the future in dreams. Their's big money in that! Joseph knew that he was destined to be a great leader. God revealed told him. I mean really told him. This wasn't just a warm fuzzy wishful thinking. God gave Joseph that “Word”.

Joseph is thrown into prison (a demotion). And there he flourishes and is promoted as high as possible when one is a prisoner. And he serves God there until the Lord’s timing is perfect and God promotes this talented and humble man to Prime Minister of the Egyptian Empire.

How did your day today go? I wonder how much better things are going to get.

*God will fulfill His Word in you no matter what it takes.

*You can’t make it happen early.