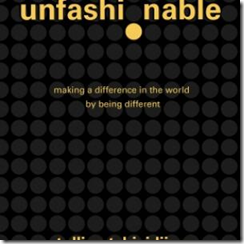 Pastor Tullian Tchividjian pushes back against the cult of cool in his new book, “Unfashionable,” to be released this month.

Tchividjian (pronounced “Cha-vi-jin”), 36, says that living for God is uncool. Counter-culture. The way up is down; the way in is out.

“Seekers today aren’t looking for something appealing and trendy. They’re looking for something deeper than what’s currently in fashion,” Tchividjian says.
Tchividjian grew up in a Christian home but pursued everything but God. One Sunday morning he woke up dazed after a night of drunken carousing. With a hazy head and hungry heart, Tchividian staggered to his feet and out the door to church for the first time in years.

The rumpled clothes he slept in were his Sunday best. Although the church service that morning was not notable, he sensed the transcendent presence of God, and it changed him. The experience was the catalyst for “Unfashionable.”
“Ironically, our culture’s rejection of absolute truth is stoking an unprecedented hunger for truth,” writes Tchividjian.

God’s people are called to live lives that put God’s truth on display.
God’s people are not called to be popular; they’re commanded to be faithful. That can mean that Christ’s followers will be mocked, criticized or persecuted. They’re unfashionable, because they’re different.

“We transform this world by being God’s unfashionable society,” Tchividjian writes.

It takes courage to be different from the world, and even the Church has difficulty interfacing with culture. Often, it relies on conventional wisdom rather than biblical discernment when dealing with culture.

Christians usually choose one of three methods when responding to culture. They bunch up into groups or “cocoon,” as Tchividjian puts it, keeping with their own kind. In contrast, other Christians clash with culture through “combat.” The culture war is their battle cry. The other option Christians use is to merge with the culture and “conform.” When this happens, the children of God are indistinguishable from the people of the world.

The bottom line, according to Tchividian, is we must make “contact” with the world. Salt and light, by design, make contact to preserve and illuminate. Without contact, neither have any value.

How is it then that Christians influence others? Should we focus only on political, social or economic avenues? Or is there a higher, perhaps less fashionable way to bring God’s Kingdom to earth?

Tchividjian says that Christ followers need to practice “double listening.” Christians must listen to the questions of the world while listening to the answers from God’s Word. These will give the Christian discernment to initiate change that’s transcendent rather than trendy.

“Because [God has] enlisted Christians to join him in this work, the difference we can make in this world is neither small nor insignificant; it’s a cosmic difference,” Tchividjian writes in “Unfashionable.”

Tchividjian definitely has a talent for turning a phrase. His words have a tendency to stick in the memory like Velcro. “Unfashionable” helps sort it all out.

If the flash and marketing that’s crept into the church has left you a little uneasy but you don’t know why, “Unfashionable” will help make some sense of things. If Madison Avenue’s influence on church practice and culture doesn’t make a difference to you, give Tchividjian’s book a read. It will help bring your perspective from the temporal back to the eternal.

After all, “[Jesus] calls on people to live for what is timeless and not trendy, to take up the cross and follow him, even when it means going against social norms,” as Tchividjian writes in “Unfashionable.”