Here's another note from Rachel... 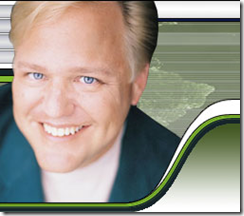 We come to you once again in need of your prayers.  Bobby’s heart isn’t working properly, yet…  My parents arrived in Bangkok last night (Thailand time) and in the morning the Dr.’s took Bobby out of the room to go run some tests.  On their way down to the exam room, Bobby’s heart stopped beating and they resuscitated him and took him immediately into surgery.  They put 2 stents in his heart and removed a blood clot.  After recovering from this surgery, he was then transferred back to his room where Mom was waiting for him.  While they were setting him back up in his room, his heart failed again and once again they resuscitated him.  The reason for this was that the muscles were too weak to do their job.  His heart was accepting the stents though Bobby did really well for the next 6-8 hours. He has tubes down his throat and is needing to rest and stay still.  He has been quite restless though during all of this…

About 3 hours ago Bobby’s heart gave way again and it took the Dr.’s 20 minutes to resuscitate him this time.  During this time, Mom said she was sitting in the room with Bobby & praying and crying out to the Lord asking “WHY?” and why was she there all alone without anyone to be with her.  She said the Lord’s presence came over her in a way like never before and He said to her “so you know that I AM enough!” Mom said that she stopped crying and felt total peace and that the Lord promised her that He wasn’t taken Bobby away, this is all the while Bobby is still unconscious.  The Dr.’s were finally able to revive Bobby but he is still in a SUPER CRITICAL stage – medically speaking!   The Lord has given us His peace and His promises that He is not done yet with Bobby.  Mom was also reminded of the stories in the Bible of when people had seemed “dead” and the physical circumstances seemed to be the same but the Lord said “No, they are just resting”

I just called Mom again a few minutes ago to see if anything else had changed so that this update would be very “up to date” and she said that Bobby is resting very well right now.  She said also that the Lord told her that “He was having a meeting with Bobby and they just needed to talk”  J  Dian and I think that this was the Lord’s way of making Bobby rest as he is always wanting to be social and interacting.  As huge, strong and giving as Bobby’s heart is figuratively speaking, we are praying that the same would be given physically to his heart!

Jim & Cheryl McCandliss, along with a dear friend, Jennifer, from Singapore just arrived at the hospital in Bangkok and are now with Mom.  Bobby is alert and aware and trying to talk, which isn’t working very well with a tube down his throat!

Bobby can never be accused for not loving someone enough and we thank you from the deepest parts of our hearts for loving our family enough in return!  I will probably be headed over there soon and will keep you all posted as to what’s happening.  Thanks again for your prayers, love and support!  This road has been a lot easier to walk knowing we have your support!

Rach and the Family