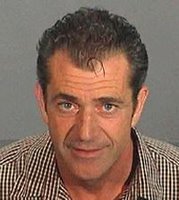 I've been following this Mel Gibson thing since it broke in the Drudge Report. Honestly, it depresses me. Is Mel still the man? Many people - many of us - have behaved wretchedly while under the influence. But only a handful of our frat buddies will ever bring it up. Our sins may never be "shouted from the rooftops" as Mel's sins were (or will they???). And we'll never have to apologize the way Mel Gibson did to so many that were offended.

The bigger they are the harder they fall.

Here's what James Dobson had to say: 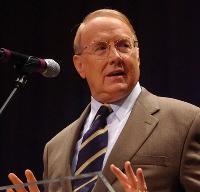 "We certainly do not condone that racially insensitive outburst," Dobson said. "Mel has apologized profusely for the incident, and there the matter should rest. Mel has also indicated his willingness to seek help to overcome his alcoholism, and has asked the Jewish community for forgiveness. What more can he do?"