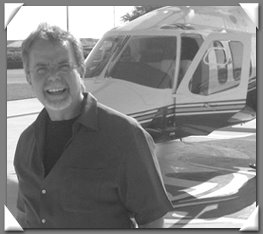 Rod Pearcy is a man I’ve known for at least ten years. Pearcy is a talented musician and gifted worship leader. Currently, he’s the director of Media and all things technical at Calvary Chapel Ft. Lauderdale. His role in my life has been as a co-worker, friend, and ministry consultant. His experience in ministry and wisdom with relating well with people is an asset he’s shared very practically with me.

Saturday, his influence became much more than practical. His sway over me and handful of guys from our church who gathered for breakfast was eternal; spiritual. His transparency and humility about his own humiliation challenged us to be men character.

Rod pulled no punches when he said to our guys, “I’m a sinner,” said Rod. “I can sin without really thinking about it, and I teach others to sin, as well.” He intentionally avoided using language that blunts the meaning of his words; sin is sin. If it’s on God’s Big Ten, the cause and effects are death and destruction.

“Just like Hurricane Katrina destroyed homes leaving nothing but a concrete-slab foundation, so have the effects of this sin been in my life, ministry, and marriage,” said Rod.

Rod spoke about how God, that amazing architect, began newly, re-construct his life on that exposed foundation. “When you restore an old car, the result is better than its original condition.”

Four things must happen to restore:

Forgiveness.
Rod became visibly emotional when he shared about forgiveness. “My wife would not say ‘I forgive you’ until she knew in her heart that those words were real and not hollow.” This, of course, made many of the men in the room visibly emotional.

Patience.
Job 14:14 says that renewal is something one waits for. No quick fix. When a man’s been shot off his horse, there’s no telling when he’ll be able to get back in the saddle.

The verse that held Rod’s talk together was Luke 22:31, 32:
"Simon, Simon, Satan has asked to sift you as wheat. But I have prayed for you, Simon that your faith may not fail. And when you have turned back, strengthen your brothers.”

There is little doubt that men were strengthened through Rod’s testimony.
Posted by Bryonm at 6:23 AM