The Number of the Beast

I was catching up on my blog reading this evening. I was out of town at a conference earlier this week and stayed off the internet. Imagine that.

While at the conference Wednesday night, the speaker came out and said, "this is the sixth day of the sixth month of '06."

Anyway, check out this post I found tonight from Wednesday: (SCOURCE)

Its the 6th day of the 6th month on the 6th year of a new century and its also a great day to freak out Christians. The fear of the number 666 is called hexakosioihexekontahexaphobia. Thats a big word. And possibly the biggest Technorati tag ever created. Google No. 1 rated site is 666Watch and Wikipedia have a page.

I remember when Marc Van Der Woude freaked us all out with this article.

For the record, I am old enough to remember 1984 when there was a lot of hype about 666 and the mark of the beast and all those books on eschatology that got left behind in bookstores in the early eighties. Today is a day to bring back that hype. Riddleblog asks who people think the antichrist is. USA Today has some thoughts about 666 and not getting left behind and Purgatorio has some images like this one. 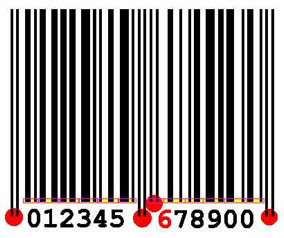 But will it really happen one day? Read on for the actual passage from the Bible . . and you do the math.

11Then I saw another beast, coming out of the earth. He had two horns like a lamb, but he spoke like a dragon. 12He exercised all the authority of the first beast on his behalf, and made the earth and its inhabitants worship the first beast, whose fatal wound had been healed. 13And he performed great and miraculous signs, even causing fire to come down from heaven to earth in full view of men. 14Because of the signs he was given power to do on behalf of the first beast, he deceived the inhabitants of the earth. He ordered them to set up an image in honor of the beast who was wounded by the sword and yet lived. 15He was given power to give breath to the image of the first beast, so that it could speak and cause all who refused to worship the image to be killed. 16He also forced everyone, small and great, rich and poor, free and slave, to receive a mark on his right hand or on his forehead, 17so that no one could buy or sell unless he had the mark, which is the name of the beast or the number of his name.

18This calls for wisdom. If anyone has insight, let him calculate the number of the beast, for it is man's number. His number is 666."

The article's a fake. Holy Observer is a fake news website, not unlike Lark News or The Onion. That isn't real.

My inaugural address at the Great White Throne Judgment of the Dead, after I have raptured out billions!
Read My Inaugural Address
My Site=http://www.angelfire.com/crazy/spaceman