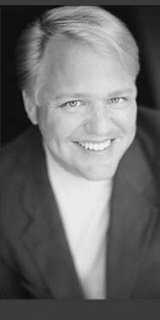 Bobby is an Inspirational Gospel Music recording artist. He’s had a number of hits on gospel radio stations including “I Know the Plans” and “New Man”. The record project these cuts come from was nominated for a Grammy Award in 2002.

He has worked with a number of artists that had airplay when I was growing up: B.J. Thomas, Freddie Fender, Linda Ronstadt and even Ol’ Blue Eyes, Frank Sinatra.

Brother Andrew said, “Those things are nice, but not eternal. What will survive when the elements of this earth are heated up and melted in the fires of God?”

Bobby: None of my gold records, awards, or music projects. Only the souls I’ve taken to Heaven with me.

Bobby’s life is an open challenge to musicians whose talent was given to them by God. “What will be your legacy?” Will you pursue only what enriches yourself? Or will you sow what God has given in His work?

I heard this home-spun bromide lately: “This guy was born on third base, but takes credit for hitting a triple.” That’s how many gifted people behave. They think they are self-made… as if one can make one’s self.
Posted by Bryonm at 6:23 AM