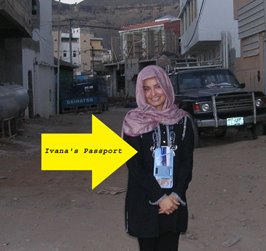 Our wayward sheep, Ivana, joined us Monday in Our City. We were happy to have our team reunited after the setback of Ivana’s passport coming up missing in Atlanta. Her passport was actually stolen. Now we’re all joking about Ivana’s quick round-trip between the Ft. Lauderdale and Atlanta airports. Well, maybe only I’m joking, but laughs are being had by someone.

The team’s health has been good up until today. As I type this, it feels like Al Queda has opened a terrorist training camp in our tummies. It may be from the curry loaded into an Arab yoghurt.

Today is Thursday, which is the first day of the Muslim weekend. We have a day of activities with locals planned. The girls are going with local girls and the men with local guys on separate outings involving food (who’d a thunk?) and a drive up the mountain.

The food here at Fred’s, if I haven’t already mentioned it, is amazing and his house is always full of local and worker friends. Frank has shown us a first rate time. He knows many local shop owners that have an honest and unusual affection for him. Frank has a reputation among locals and workers alike as being uniquely gifted for relating to locals and adapting easily to the culture and customs. 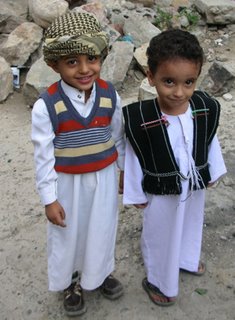 Our team conducts English Cafes at an English/Arabic language school. That is how we are serving workers here in the country. It gives us an unprecedented opportunity to talk about many different topics from the rights of women in a Muslim country to honest and open conversation about the difference between our faiths. We’ve also organized debates conducting conversation between men and women permitting free expression about touchy topics. The back and forth banter was heated at times and humorous at others. As I mentioned earlier, the area where we are serving is an intellectual and educational center. The potential for new ideas and political and religious evolution is in reach now more than ever. Our team is honored to be included in what our Father is doing here in the region.

Spending time with the locals is unique and mind blowing to say the least. The way the internet and evening news shapes our thinking about Muslim culture hasn’t even come close to the experience we are having here. Granted, the culture is upside down compared to what we’re used to, but, the people here have treated us with extraordinary hospitality and generosity.

Three nights ago, we went to the souk sumac (fish market) and picked out some fish to eat. What happens here when fish is prepared in a restaurant is the customer buys the fish in the market and brings it to the restaurant for preparation. It’s a fun way of combining shopping and eating, two of my favorite pastimes.

We’ve been blessed to have Janette with us. Besides having a truly gentle spirit, she plays guitar

wonderfully. She played for the students we are working with introducing them to the songs we sing to God and she’s lead our team in awesome times of thinking about and focusing on our Father. She has made a crucial contribution to the spiritual element behind the team unity we have been enjoying. Her husband, Jonathan is a man of character and compassion and has been instrumental in keeping the English clinics on topic and on target. Liz, from my city back home, has been a true servant always spreading laughter on the team. And Ivana has been an incredible addition that has completed our well-rounded team. We can’t imagine what the trip would have been like without her.

The local girls blessed the females on our team with a wonderful lunch yesterday. Our ladies have built quite a rapport with them. The girls even removed their veils and allowed pictures to be taken that we can show freely at home.

The next few days we’ll have been planned for us and will include an afternoon spent with the sheik, a meeting with other workers, more English cafes, lunches with locals, and travel back to the capitol. 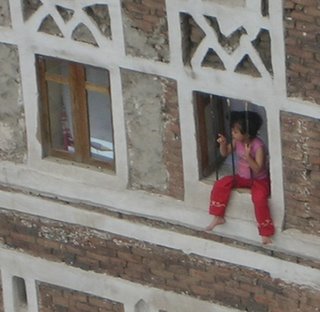 That's sweet! What an awesome opportunity (the english cafe').