Don’t you hate when that weird sound your car miraculously disappears like Houdini when you take it to your mechanic. You describe the noisy malfunction the best you can but your mechanic just nods his head politely while you exhaust your vocabulary of non-mechanical terms. That’s what our trips to the hospital with Allie feel like.

Ever since we brought Allie home from a San Francisco hospital in June of 2007 after emerging from a coma induced by a severe brain injury, her hyper-excitable neural networks have caused seizure activity. The way these episodes have manifested themselves have evolved over the years making them difficult to describe to doctors and even more difficult to predict.
There are two different seizure manifestations that Allie has: 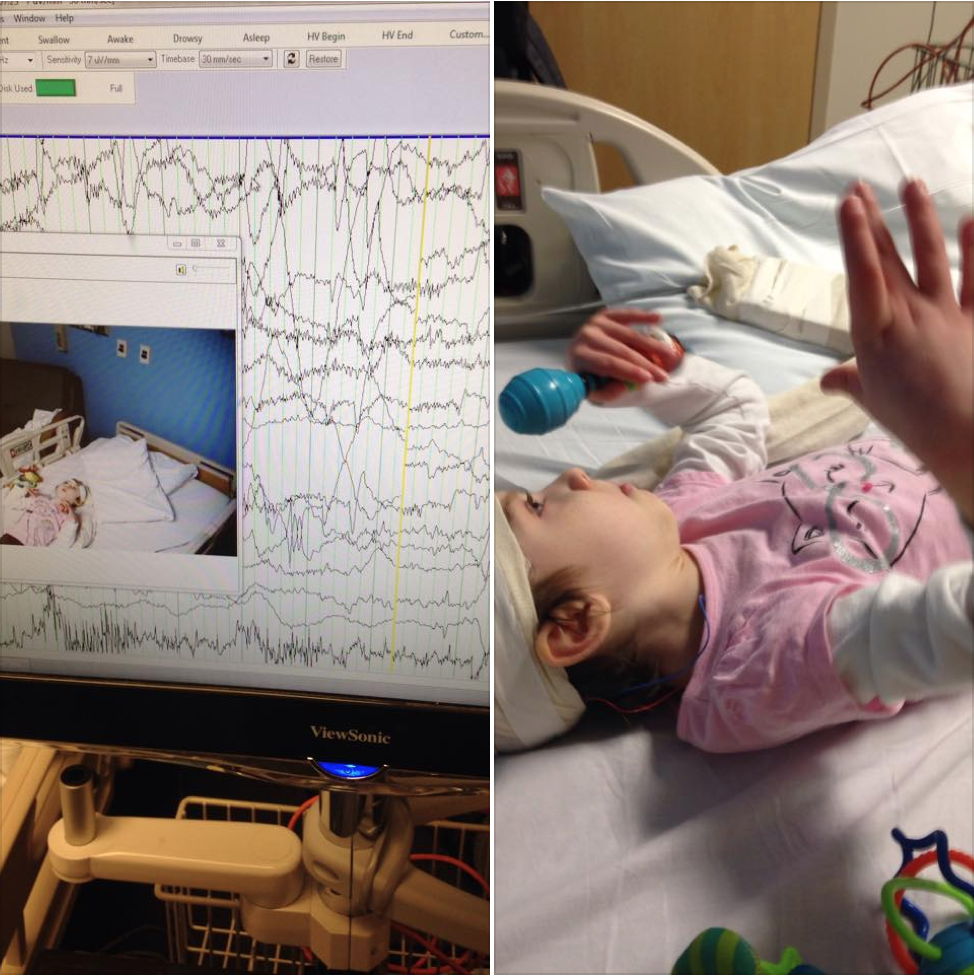 The non-epileptic startle seizures used to morph into full-blown epileptic events (not to be confused with a grand mal seizure which Allie has never had). The full-blown seizure is one that is preceded with a terrifying shout followed by her head involuntarily turning to the left. She stops breathing and her eyes bulge. Her muscles contract violently causing her arms, hips and knees to jerk and extend perpendicular to her trunk. This lasts from 50 to 70 seconds which is a long time when you’re watching your child not breathe. Then the seizure releases its grip and she starts to breathe and relax her arms and legs.

We learned that with many of these startle prompted seizures we were able to intercede talk her down. But, every once in a while with no warning, she goes directly into an epileptic seizure and all we can do is watch helplessly.

Where we are now is we can count on her to have at least one startle event a day, but two is more the average and about five full epileptic seizures a month. The epileptic seizures used to take place about thirty times a month but that number has come way down in the past year and a half.

Our concern lately is that while the epileptic seizures happen less frequently, and the two categories of seizure are much more distinct from each other, they are both much more intense when they occur. That is why we were at Miami Children’s Hospital today. 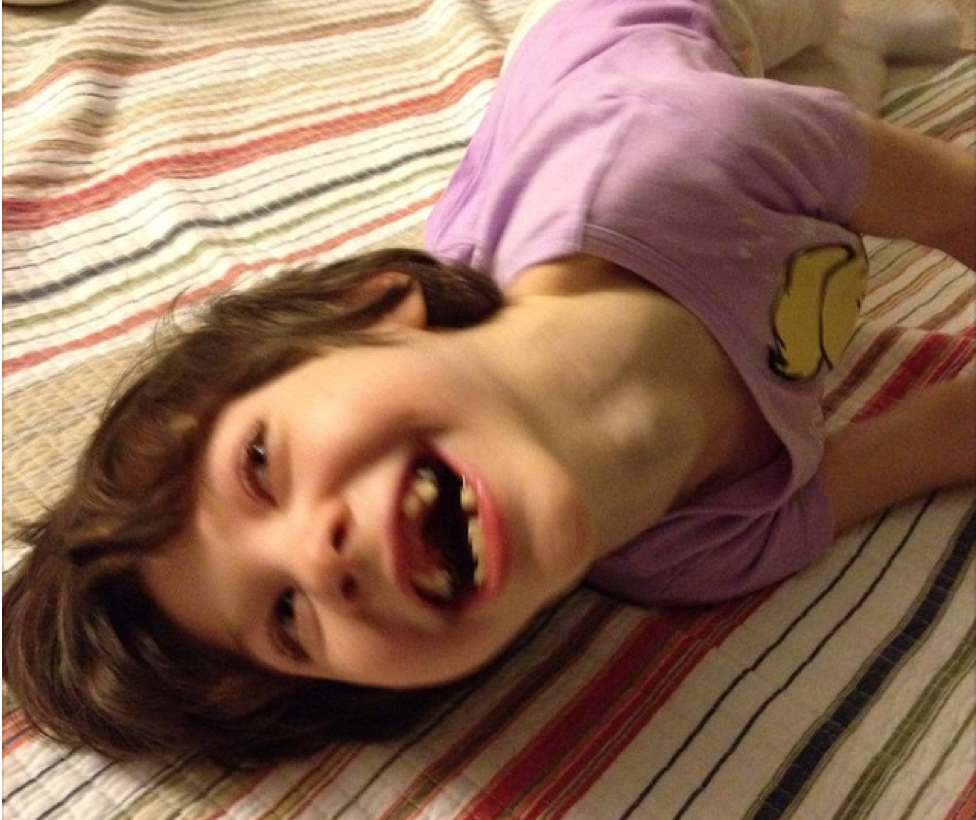 We’ve logged occurrences carefully over the years and provided our data, along with video, to our doctors. In our own environment at home her seizures are like Old Faithful; we can set our watches to them. But when we take Allie to the hospital so we can record these events with a video EEG, she doesn’t cooperate. We know what sets her off at home, but when we reproduce known offending stimuli at the hospital, Allie thinks we’re playing a game. She thinks she’s at camp.

That’s how tough this kid is. She is so determined to be happy and have fun, that her damaged little neural network is overridden when she’s out of her normal environment. It’s frustrating when we’re trying to learn something. She’s like any other kid when you take her out of the house; she thinks the rules are different and she acts out accordingly. 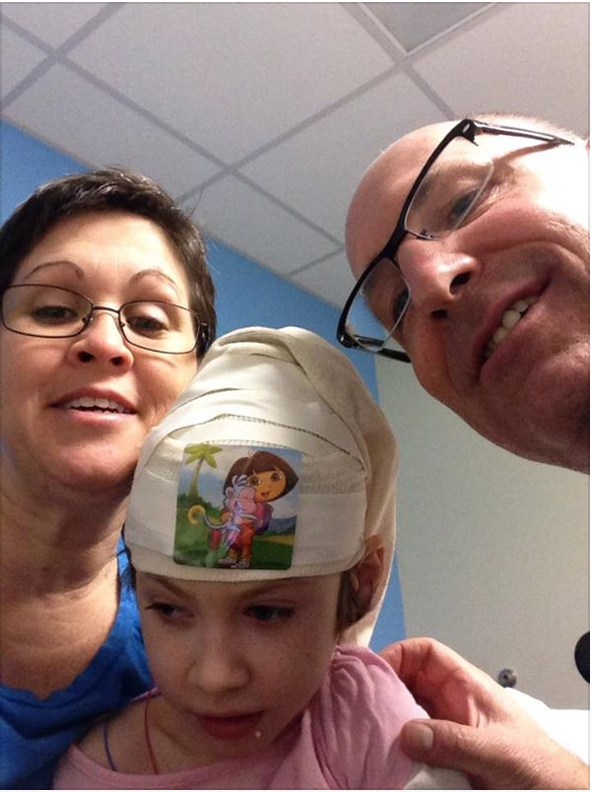 Or maybe she’s trying to teach us all something different about what’s going on with her and we’re missing what that different something is. He who has ears to hear, let him hear.

Parenting is a never ending adventure. If you have kids, this is not news — even if your kids have moved out. Or moved back in. So much more can be said about that but we’ll save that for another time.

Today, I put pictures and posts on my social media accounts, and the Charming and Beautiful Susan and I appreciate so much those that left encouraging comments and pledges of prayer. We’re so glad to have you guys with us on this journey. There is no way we could do this by ourselves.

She is such a cutie (Suzie also!) We will pray! Love you guys and God bless!!

Hey Bryon, just saw this in my WP reader. I appreciate you sharing your story. It's both fascinating and heart-rending.
Thanks for putting it into words.
Trip