Tebow mania is a fact. Even though his Broncos had their butts handed to them by the Patriots, the conversation about Tebow and his exhibition of Christian faith isn’t going away anytime soon. I predict it will be a topic in popular discussion for the few years. From Saturday Night Live’s never-ending lampoon of Tebow’s own personal Jesus to Jimmy Fallon’s mash-up glam-rocker Tim 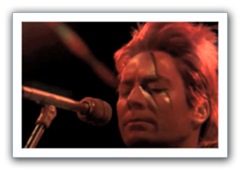 TeBowie, everybody is talking.

Some indeed preach Christ from envy and rivalry, but others from good will. The latter do it out of love (think: Tim Tebow), knowing that I am put here for the defense of the gospel. The former proclaim Christ out of selfish ambition, not sincerely but thinking to afflict [Tebow]. What then? Only that in every way, whether in pretense or in truth, Christ is proclaimed, and in that I rejoice.

Last week, the numbers 3-16 were topics in the cable news cycle for the first few days of the week. Barna recently did a study about whether or not public displays of John 3:16 even meant anything to the TV watching public the verse in broadcast to.

David Kinnaman, president of Barna Group, directed the study on behalf of the American Bible Society. He put the findings in context: “The controversy surrounding Mr. Tebow ends up affecting so many people because—whether they have an affinity for sports or not—most Americans have at least some knowledge of the Bible and connection to Christianity. Despite the pundits' protestations, more Americans than one would expect know exactly what Tim is Tebow-ing about in the end zone.” read more here… 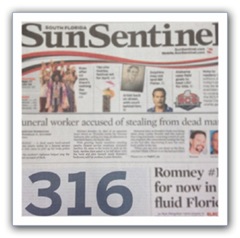 Here’s the thing, in my whole life I’ve never seen John 3:16 so discussed in public. Granted, during the 90’s, there was a group that would stand in the seats behind end-zones holding placards emblazoned with John 3:16 held high as field goals were kicked. Many people saw the reference (Tebow was growing up during those years…) curious and talking about the Bible verse. But it was never headlines across the country discussed on AM talk shows, cable news, and public radio as much as Tebow’s public display of his faith and life-verse: John 3:16.

Whether you love Tebow and his sport or not, here’s the bottom line:

“Christ is proclaimed, and in that I rejoice.”