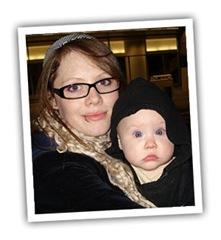 This conversation with John (see how previous post ended) was a precursor to many difficult conversations to follow. I've labored about how I tell this and not make myself look like the good guy. I've blamed John's parenting; he's blamed me. I've blamed his kid; he's blamed mine. I've blamed Charity; he's blamed Timmy. I doubt either one of us has ever felt more cornered than we did in those early moments when we played back events of our parenting and thought about what we should or shouldn't have done. We wished we could erase sins of commission and omission.
So we pointed out everyone else's mistakes rather than our own. In a time like this who can stand the additional pain of truthful self-examination? The instinct is to find a way to numb this kind of hurt. I don't need anyone to remind me of the guilt I carry.
The most depressing day of my life prior to this incident was the day I drove Charity to airport when she moved to San Francisco to be with Timmy. I knew I was losing my little girl. This wasn't the happy kind of losing your child as she moves out to go to college. This was a deep, heavy sadness. My child picked a path in life I hoped she would never go down. I felt numb.
The plan was to have Allie stay with Susan and I until Charity found a job and figured things out. She found a job right away and was missing Allie after only a week. She called and asked if I would bring Allie out as soon as I could.
It was the longest flight ever. I never knew flying by myself with a six month old was such a chore. I really had my hands full.
Allie did not fly well. She cried and howled for about half the flight before she finally fell asleep. The guy in the seat behind me moved to another seat in a huff. Good riddance. It was the longest cross-country flight of my life.
Timmy and Charity met me at the Oakland Airport and we took the train into San Francisco to their Golden Gate Avenue apartment in the infamous Tender Loin district. The apartment was small. Four people shared the fifth floor apartment's two rooms. I looked out the window and saw a drug deal go down on the street. How could I leave Allie here? I hoped my daughter could keep my granddaughter safe.
The flight back to Florida was a sad one. My hands never felt so empty.
Related links