I'm plugging away at this. Everyday since I announced that I was going to write a book, I've received encouraging emails and comments. A couple of people even approached me at a wedding I attended over the weekend and said they'd own a copy if available. I can't tell you how much that encourages me.
So again, tonight I'm posting a little excerpt from random writing about things. What I've been doing is reading back through blog posts that were published in real time during the event. As I went through things, I didn't share too much about what I was really going through; I tried to stay up beat and positive. But that was four years ago and now I've had tons of information to process and experiences to walk through. My emotions were out of control. My faith was stretched beyond anything I thought imaginable. So much more was happening than I could convey at the time. 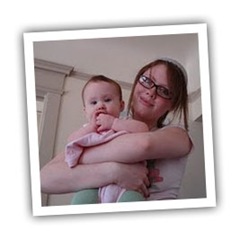 
A quick update on Ali: her vital signs are normal right now, but she's being transferred to an intensive care unit for testing and observation.
Please continue to pray for Ali, my daughter, Charity, and Ali's father, Timmy. Pray that the Lord would intervene in this situation and in their lives.
Thank you for your prayers on behalf of our family.
Bryon and Susan Mondok


This is the report I put on my blog after the second call from Charity. She confirmed what Susan and I were afraid to even speak: abuse. Charity told me in frantic shock that Timmy, Allie's father and Charity's roommate, had shaken and squeezed Allie until she was no longer breathing.
It was Timmy's night to watch Allie while Charity worked. At this point in the relationship between Timmy and Charity, there was no longer a romantic spark or even a hope of one. They're relationship was pragmatic. The relationship was strained. Neither of them was getting out of the relationship what they had hoped. They lived together but dated whomever they wished. They had a kid together but that was all they shared.
They arranged alternating work schedules so while one worked and the other watched Allie. Then they switched. That was the relationship. Neither one of them was making much money. Certainly not enough to afford a San Francisco apartment even in the worst part of town. So there were two other adult roommates that shared the tiny apartment.
Allie's room was a small walk-in closet. Her portable crib took up most of the little space. There was no way this arrangement would end well.
That night, it was Timmy's turn to watch Allie, give her a bath, and put her to bed. She was not cooperative. Not many ten month olds are at bath time. According to hospital and police reports, to get control of her, Timmy shook and squeezed her. A breathless, lifeless Allie was received into the emergency room. Hospital records also indicated that Allie had a broken rib, broken shoulder and broken leg - all in different stages of healing.
When Allie first stopped breathing, Timmy didn't know what to do. He had no idea that the abuse he later confessed to would have this result. He laid Allie on the floor in a panic. He yelled for his roommate who was in the next room. Timmy wanted to call Charity but the roommate called 911. "We'll call Charity later," he said. Paramedics were dispatched and the 911 operator talked the two men through cardiopulmonary resuscitation of a baby. Allie didn't breathe on her own for about a week. She arrived at the hospital unconscious and remained in a coma for ten days.
Charity was in denial about Allie's true condition. She only relayed to me what she thought she heard from the medical staff on the scene. Later conversations with the doctor present revealed that Charity was in a shock and not really processing the night's events accurately. There was no way she would have the details right.
It's difficult to process horrific news. That's why a mother's legs give out when she first hears of the death of a child. No one is ever ready for truly bad news.

Thanks, Lu. Your feedback is very valuable to me.