Book Review: A Million Miles in a Thousand Years 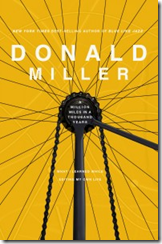 Donald Miller is a one-of-a-kind writer. His talent is a rare gift. He is one of the few that can tell a story about himself and get out of his own way.

The premise of Miller’s book is story. He explores what makes a story great. The big question the book asks is “can my life be a great story?” Miller writes, “…the elements that made a story meaningful [are] the same that made a life meaningful.”

A good story has a protagonist; the good guy. That’s the person in the story you love or want to be. The protagonist has to have an ambition; he has to want something and be willing overcome conflict – even risk death – to get it. “The thing about death is it reminds you the story we are telling has finality,” Miller says.

A good story has an inciting incident. Something has to happen to motivate the protagonist to do something big enough to make him change. Something has to force him to change because no one takes that kind of action on his own.

The elements of story became meaningful for Miller as he and some Nashville movie writers took on the project of creating a screenplay based on his New York Times bestseller, Blue Like Jazz. It turned out that Miller’s actual life wasn’t interesting enough for a movie. A fictional version of Miller had to be cast as the hero. This was a tough pill for Miller to swallow. He wanted his life to be more than fiction.

A good story begins with who you are. “I wondered whether a person could plan a story for his life and live it intentionally,” Miller writes. “If I have a hope, it’s that God sat over the dark nothing and wrote you and me, specifically, into the story, and put us in with the sunset and the rainstorm as though to say, Enjoy your place in my story. The beauty of it means you matter, and you can create within it even as I have created you.”

Miller says that we love stories for more than just entertainment. “It’s the thing that empties like a stomach and needs to be filled again,” he writes.

Miller's book is laugh out loud funny but forces reflection and prayer. It 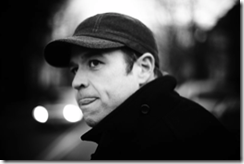 challenged me to be a more godly man; a more godly character in my own story. It dared me to take the long route rather than always choosing the short-cut. The destination is more highly valued when the journey isn’t a piece of cake. I’m reminded of the verse in James that says, “count it all joy when you suffer various trials.” A great story has trials. This is a part of life; God is teaching me something. And the book moved me to tears.

“A good storyteller doesn’t just tell a better story, though. He invites other people into the story with him, giving them a better story too,” Miller says.

I was sad to finish this book; I wanted it to keep going. If you only read one book this year, read A Million Miles in a Thousand Years. I’ll definitely read it again. Maybe I'll listen to the audio version next.

Sounds like a great book. Blue Like Jazz made me sad when I finished the book, so I can't wait to read this one. Thanks for telling us about it.