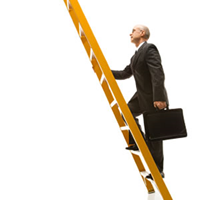 Is there a place for ambition in ministry? Is this huge leadership push in church culture balanced or biblical?

Desiring to become a leader is a good thing according to the pastoral counsel the Apostle Paul gave to the young man, Timothy, he gave Timothy. It's even noble to want to be a leader. But things don't always move on your time schedule. Why is that?

When Christians find that they are not moving forward in ministry as quickly as expected, they are in a Test of Promotion. The Christian is tempted to become angry and bitter about his or her lack of advancement or influence.

"Doesn’t God know how much He needs me?"

This test can come into a Christian’s life at any point in his or her ministry.

Psalm 75:1-7
1 [1] We give thanks to You, O God, we give thanks!
For Your wondrous works declare that Your name is near.
2"When I choose the proper time,
I will judge uprightly.
3The earth and all its inhabitants are dissolved;
I set up its pillars firmly. Selah
4"I said to the boastful, "Do not deal boastfully,'
And to the wicked, "Do not lift up the horn.
5Do not lift up your horn on high;
Do not speak with a stiff neck."'
6For exaltation comes neither from the east
Nor from the west nor from the south.
7But God is the Judge:
He puts down one,
And exalts another.

Promotion comes from the Lord. But preparation and testing come before promotion.

1 Timothy 3
10But let these also first be tested; then let them serve as deacons, being found blameless.

Who took that picture of you on the ladder? Chip