Can the US military be effective in nonmilitary efforts to revive a war-battered community?

There is little appetite for accounts about good deeds done by the U.S. Military. Stories of battlefield victories, friendly-fire accidents, and scandalous behavior committed by rogue soldiers are delivered to us through mass media. To learn of effective U.S. Military humanitarian missions, one must initiate a news search of his own. Although not a secret, the military rarely toots its own horn about its Good Samaritan work except while training new recruits.

The image of a U.S. Marine stooping to assist a defeated, shell-shocked enemy combatant from a dank hiding place is indelibly imprinted on my memory. After Imperial Japan surrendered this anonymous South Pacific Island, it made no effort to rescue its own survivors. American troops did the job and did it with professionalism and compassion. 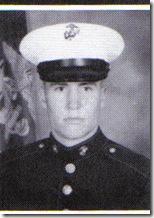 In Marine Corps boot camp, I was transformed from a street punk into be a lethal fighting machine. I was indoctrinated in combat, learned to field strip an M-16 in seconds, practiced accuracy on the rifle range, survived in the field, and learned to function on a team. I discovered that physique was not the highest priority; psyche was.

The study of history and tradition take precedence. They were my favorite classes. Humanitarian efforts are a significant part of Marine Corps history. Rebuilding, reviving, and renewing communities ravaged by destruction; these set U.S. Troops apart from every other military in history. If the goal of my trainers was to instill pride, it worked. I’m proud of that heritage. And I was surprised to just be learning about it.

My earliest memories are of life in Japan. My father, also a Marine, was stationed not far from Tokyo in 1969 to 1972. It’s where I started elementary school. It wasn’t until I was back in the state, the new kid in school, that I learned Japan was a former enemy. From the way I was treated, you’d think we were still at war with Japan. It was quite a contrast to the great friendships I’d formed with Japanese neighbors; my earliest and most pleasant memories.

After World War Two, the U.S. military was busy rebuilding both Europe and Japan at a great expense. England, our closest ally, was left to rebuild itself while we focused on helping our enemies get a fresh start.

The U.S. Military is skilled in humanitarian work because it doesn’t wait until it wins conflicts to begin to help. According to a document called A Sampling of U.S. Naval Humanitarian Operations by Adam B. Siegel [CIM 132/November 1990], in the past fifty-some-odd years, the U.S. Navy and Marines have been globally engaged in humanitarian projects. The following are just a handful of examples from Siegel’s document.

AD-20 Hamal deployed from the United Kingdom for 37 days to deliver relief supplies (blankets) to Beirut and Port Said. Hamal departed London 10 December 1948 and arrived in Beirut on the 21st, where 60,000 blankets were unloaded. Hamal then went to Port Said, where the remaining 70,000 blankets were delivered. She departed Port Said on 26 December and returned to the United Kingdom on 14 January 1949.

Nine ships of an ASW group, including CVS Yorktown, were diverted from operations at sea to aid the people of Koniya, Japan, who had been left homeless by a fire that swept through the town and destroyed most of its dwellings. Within 24 hours of the disaster, the group delivered food, medicines, clothing, blankets, and tents to the needy Men from the group assisted on the scene until Japanese relief agencies could cope with the situation.

Following a devastating typhoon, units of the U.S. Seventh Fleet (including the aircraft carrier Kearsarge) distributed over 200,000 pounds of food and medicine, administered over 17,000 typhoid and antibiotic shots to prevent the spread of disease, and evacuated victims in Nagoya, Japan. Relief operations were conducted from 29 September through

U.S. Naval aircraft shuttled supplies and equipment to Agadir, Morocco, from Port Lyautey after severe earthquakes devastated the city. In these flights, from 29 February through 6 March 1960, the aircraft also evacuated the injured. USS Newport News (CA) provided emergency supplies, a helicopter, and communication facilities at the scene of the disaster, and 147 Navy and Marine personnel aided in rescuing survivors trapped in the debris.

Units of the U.S. Seventh Fleet, including one attack aircraft carrier, provided medical assistance, food, and evacuation services to survivors of a volcano eruption on Miyako Island, Japan.

From 7 through 13 January 1953, helicopters from NAS Port Lyautey, NS Rota, and USS Springfield flew rescue and relief missions in the flooded areas of Beth and Sebou Rivers in Morocco. Over 45,000 pounds of food, medicines, and emergency supplies were flown in, and some 320 marooned persons were lifted to safety.

DD-758 Strong, in company with the Iranian naval ship Babr, conducted a seven-day joint civic medical action mission along the southern coast of Iran. U.S. and Iranian doctors treated 2,335 patients at the ports of Chahbar, Jask, and Bandar Abbas.

During exercise African Hammer, 46 Seabees from NMCB 3 renovated the elementary school in Sidi Slimane, about 60 miles from Rabat. Repairs included constructing a septic system, installing lights and ceiling fans, and making structural repairs to the school. Earlier in the year, the same unit had rebuilt railroad lines in central Tunisia after flooding devastated the main railway system.

Disaster relief, rescues at sea, refugee aid, emergency medical assistance and nation-building are all activities U.S. forces regularly and professionally carry out world-wide. Boot camp was where I first learned of U.S. forces giving aid to surrendered combatants, but it was in boot camp that my father participated with his platoon to give aid to a hurricane stricken South Carolina town in 1958. I’m proud that my father served bravely far from home in Southeast Asia and the Middle East. But I’m just as proud that he served the distressed victims of a hurricane here on American soil. Because our forces are prepared to help anywhere, they are incredibly effective and quick to mobilize world-wide.

I’m glad the military doesn’t exploit stories of good deeds for self-promotion or posturing for a bigger budget. There’s purity in that. It’s done not for publicity, but to help the victims of war and to solidify diplomatic relationships with a new generation of world leaders. The humanitarian work performed by our military is pure human drama, and if given a chance, would be veraciously consumed by news addicted Americans.

Perhaps we should stop waging war. Seems like the christian thing to do.

Thank you for this post. I have seen pictures, stories and videos of some of the humanitarian activities of our troops in Iraq, but I didn't learn of them from the mainstream media.

I agree that the Marines and other troops should not boast of these activities, but I think it's shameful that our media are so eager to spread the bad news, so quick to denounce our fighting men and women as "baby killers," and so silent about the good that they do. They would have so much more to write about.