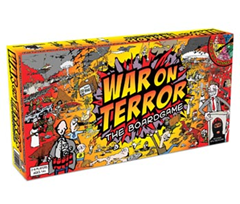 This is an incredibly thought provoking article. If you care to follow the link below and read it, let me encourage you to print it out and read it. It's the transcript of an hour long lecture. It's worth the read. Here's a small taste:

"...the leaders of the western world have adopted an incredibly naive and shallow analysis of the problem of evil itself. They act as if they’d assumed that the world’s problems were basically solved, that all we needed was a bit more free trade and parliamentary-style democracy, and then any remaining pockets of evil would wither away. So the reaction to 9/11 was astonishingly immature: ‘Goodness, there seems to be some serious evil out there after all! What on earth shall we do? I know – let’s go and drop some bombs on it, that’ll sort it out!’ Well, the American people have finally said, this very week [this lecture was given a couple of years ago when tons of Republicans were voted out of congress], what lots of us were saying back in 2002: that was not and is not the way to deal with things. Evil is more radical and powerful than that; and, what’s more, the line between good and evil doesn’t lie between ‘us’ and ‘them’, but runs as a jagged line through each human being and each human society. We – and I include the churches on both sides of the Atlantic – have often colluded with a spurious and inadequate analysis of what’s wrong in the world and what can be done about it. That’s the first strand in our problem."

quick thought--God is the war on terror! Scripture tells us that light and darkness have nothing in common. They are constantly in battle, lining up for a final one--lord of the rings style.

As to theological thinking like the bishop, most people don't think along theo lines; we are more superficial and hypocritical. The reason we so often get sidetracked by evil manisfestations is that someone acted consistent with what scripture says about mankind--lost and bent on rebellion.
What would happen if we acted more like the new creature in Christ?

anon: thanks for your thoughts. interesting take you have on it, but your statements clash:
"God is the war on terror!" vs. "What would happen if we acted more like the new creature in Christ?"

The bible says when you see Jesus, you see God.

Did you get a chance to read the article? Do that and get back to me...

What if......... we spent billions of dollars a year to wage peace? I think I copied that from somewhere but seriously I'll tell you what, I think a billion dollars a year in a few private humanitarian organizations will be much better off than in the government.

bryon--I will read for more info.

as to your comparison, I can see that you may think I am confused. But the scriptures say that Jesus came to destroy the works of the devil. So I choose to see that it is in fact God's will to eradicate terror. We can follow suit as we follow him. I wonder what Jesus would have said to the woman @ the well if she have dynamite around her waist? Probably nothing different.
Yes, the OT picture of God against Assyrian warriors is different from the picture He presents in Christ. It is more of a work of God in me to display the latter not the former :)

1) I'm surprised! the bishop is wearing the hat of a social scientist than a theologian--I applaud his heart.
2) He understands quite clearly the human tendency of "tit-for-tat"
3) He alludes to the Starbucks principle--over coffee and dialogue, we can iron out our differences--sorry Mormons!
4) He is obviously on more grace, and not asking too much from truth.
5) The byproduct of this (imo) is neutralized noise--we need action when others are so willing to prove their point with harm.
**Now I realize the biblical application of heaping hot coals on the heads of enemies; however, a fool may not learn until hot coals are literally heaped out!

I like that N.T. Wright passage. Mike is reading the "Truth about Paul" now...I think that's the right title. It is very true that evil exists inside of every human being, and that we cannot solve the problem of evil or religious violence through more violence. That's why I think the relentless pursuit of politics is so fruitless. Don't get me wrong, I think it's important to vote, but when we rely on the government to solve our problems with evil...we have seriously underestimated what evil is.

The Biblical application of heaping hot coals on someone's head is often mis-understood. The true application of that is showing your enemy kindness by giving them what they need to start a fire to prepare the days provisions. It's an incredibly neighborly thing to do. The idea is that you win your enemy over with kindness.

Be my friends, you all. Don't leave anonymous comments. Let's have a real conversation.