Transition is freaky. Scary, freaky, crazy. If you've been following Ali's Story (or this other link), you know that we're in the process of adopting our granddaughter and that we're not able (for a number of good reasons) to take Ali out of the state of California. So we've moved to my home town of Eureka, California.

So, what am I doing for work? Those who know me know that I've been an assistant pastor at Calvary Chapel Jupiter for a few years. One of my ministry responsibilities there was missions. After talking with my senior pastor and some other men that I look up to, we all decided that missions ministry is something I need to be involved with no matter where I live. So, at the end of June, I began having a conversation with Shepherd's Staff Missions Facilitators, an agency that trains and provides support for overseas missionaries.

I've always enjoyed ministry most and was most successful when serving and training missionaries. I did that part time at Calvary Chapel Jupiter and now I have the opportunity to do it full time. Shepherd's Staff has been a partner of ours for several years so transitioning to that organization is a very natural next move. I'll help develop web-communications, branding, train missionaries, and consult with church leaders about sending missionaries and caring for them while over seas. I'm developing a new website that will include a blog for each missionary.

Here are screen shots of my run at designing the web page as well as a logo that's been re-worked a little. 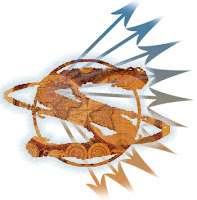 Very cool! :) Went to the Shepherds Staff website and went thru the missionary list and 3 from our church are connected with them. All missionaries should have a BLOG!!! Even if the missionary doesn't actually blog him/herself...someone close to the ministry should keep it up for them. It's such a great communication tool, and with all the pictures you can add etc. I have a list of "missionary blogs" I keep on MY FAVORITES and "pray thru the blogs".

Glad to hear you will be serving with Shepherds'Staff.

Am praying for Ali!