The Media and Bart Simpson 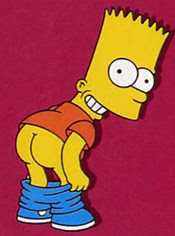 Bart Simpson, that loveable animated imp, has a character flaw, one of many, that he loves to indulge: cussing. He loves it when he feels like he's getting away with cussing in front of grown-ups.

Bart often yells from the backseat of the car. His mom is usually in the frame looking over her shoulder from the front seat with a dis-approving frown drawn on her face. 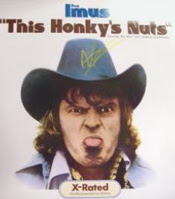 The media, as it keeps shock-jock Don Imus' recent stupid and explosive comments on every cable news headline ticker in the known universe, act out Bart's bad behavior.

Everytime I walk by a tv, radio, or log onto the internet, I see or hear this phrase. I never heard Imus say it, but these words are indelibly seared into my psyche thanks to journalists that can find nothing else newsworthy.

The sponsors and media outlets that dumped Imus for his bad behavior sure are lovin' the rating re-telling and re-hashing this non-news event is getting them.

I don't know who's causing more trouble, Imus or the media that gave him a platform for so many years. 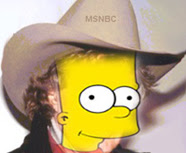 Hey Bryon, thanks for the link love.

We have become a nation of cry babys. Whatever happened to "sticks and stones may break my bones but words will never harm me." It would have been refreshing to hear one of the Rutger players say "Imus is an idiot....I know who I am and that's good enough for me." "Reverends" Sharpton and Jackson are milking it for all it's worth. This guy makes sense - http://www.kansascity.com/sports/columnists/jason_whitlock

Hypocrisy...our media is all about that. If someone over hears me say "water HOSE" will I get busted?

I vote for the media as the propagators of this stupidity. Not only do they keep repeating the expression, but they gave Sharpton and Jackson air and camera time, once again, spilling their own brand of racist hatred and victimhood-feeding.

Now Sharpton says the hip-hoppers and rappers are next, but he isn't calling them racists or sexists, to my knowledge. If he did, he might have to own up to his own racism.

The whole circus has been disgusting. And yes, the media also get my vote because they pay for this stuff, and not only Imus; then, when they hear a backfire, they jump up and cry, "Off with 'is 'ead!"