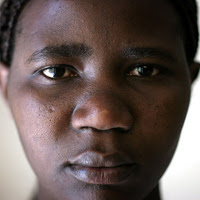 Whenever I come across a story about the Lord's Resistance Army(LRA), I like to let you know. A few years ago, I had the privilege to serve in South Sudan to train chaplains in the Sudanese People's Liberation Army. To get into South Sudan, we had to travel through Northern Uganda. During those travels, our group, including my family, were very exposed to attacks from the LRA. We traveled with a convoy of soldiers in an armored vehicle.

Several of the men I helped train have fallen to the LRA.

The article in Christianity Today is from the perspective of a girl that was kidnapped by the LRA.

The killings, the abductions, the lootings—I saw it. I spent one month in Uganda, then walked to Sudan. We had to march in a line. If you diverted from the line, you were dead. They killed so many children who tried to escape. The youngest was seven. He cried for his mother, then they killed him. Either they would kill them by beating them with big sticks, or by bayonet. Other times—it's very hard to say—they would cut the head with an axe.

There was one commander who, if he was not killing someone, was not happy. When he was killing someone, he was happy. People would start crying that they wanted to kill someone. One 18-year-old boy came out of the line crying that he wanted to kill someone. This boy—they would give him 10 children. He'd say he was taking them for a bath. He'd kill five, and only five would come back.