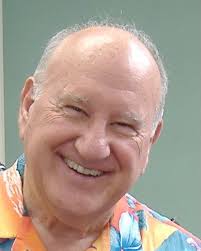 A man that has had a tremendous impact on me since my Bible college days is Gayle Erwin. I started to write about Erwin a few weeks ago when I saw him at the Calvary Chapel Pastor's Conference in Denver. He dusted off one of his old messages that the book Jesus Style is based on.

The question Erwin handles in this message is "how can I know when I've heard the voice of God?" A fair question; one we all would like to know the answer to. Erwin makes a case that if we have the attitudes and motivations that Jesus modeled, if we're living the Jesus Style, then the leading of God becomes quite discernable. So what is the Jesus Style? What are the attitudes/behaviors modeled by Jesus?

Now contrast that with the, unfortunately, very familiar behaviors/attitudes of Satan:

I've found that when I'm most confused (which is most of the time) about God's leading is when ambition, making a reputation for myself, forcing my way, and self-exaltation are the highest priorities in my life. I want to know what God has in store for my future, but I'm trying to lead the way. So who's lord of whom? That's why I'm confused.

That first list, the Jesus list, is not the way I'm used to living even as a man in ministry. If you want to stay side-tracked, avoid the Jesus list. If you want to start knowing you're being lead by the Spirit of God, get the list up and running. It's simple. It doesn't seem like it's the way to make it to the top, but Jesus said, "the first shall be last and the last shall be first." Nothing seems so backwards as trying to be last or go unnoticed. But it's the key to clearly hearing the voice of God.

I first met Gayle in 1980. His book is required reading for everyone in the ministry.