It's rare for me to foray into  politics here on this blog. I've wanted for a long time to post my opinions about Mitt Romney's candidacy and his religion. I decided not to post an opinion about the politics or the religion of Romney or any other candidate. But then Romney decided to make a speech about his Mormonism. He invoked the memory of JFK's speech about his Catholicism. Which leads me to ask why every candidate somehow feels like he/she somehow has to identify himself/herself with JFK in every election? Everybody has a short memory about the Bay of Pigs, Viet Nam, and Marilyn Monroe, I guess. I digress.

Back to Romney: he put himself out there. David Frum summed it up best on his blog:

To be blunt, Romney is saying:

It is legitimate to ask a candidate, "Is Jesus the son of God?"

But it is illegitimate to ask a candidate, "Is Jesus the brother of Lucifer? 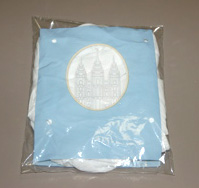 Romney's speech was torn from a page of the Mormon Evangelism Handbook. Look like Christianity on the surface. But keep Mormonism's secret and dark side hidden beneath a glossy veneer of blond hair, blue-eyed, whitesome-delightsome.

The last thing Romney wants is  public discussion of what the LDS church believes.

I heard a news item on the radio, a couple of days ago, about Romney's remarks concerning his faith. The soundbite I heard seemed satisfactory, to me--no specific reference to JFK, but yes, the same idea.

Then we were told that members of the LDS around the country had been holding their collective breath, hoping he would not delve too deeply into the particulars of Mormonism. My ears perked up with a *boiinnnngggg*!

It's their "faith," or maybe their faith; they send missionaries out to all parts of the country and the world; and they don't want a presidential candidate who is one of them to give anything away--? I know the basics of Mormonism, and I know a little of the dark side, but now I'm wondering what it is that he might have said that Mormons hoped he wouldn't say.

Vicki
I don't know of member of the CHurch of Jesus Christ of Latter Day Saints that didn't want him to delve deeper into his beliefs. Most people i have talked to wanted him to talk more about his beliefs. However, it was not the purpose of his speech. He wanted to make clear that he is not the spokesman for the church, and to ease everyone's fears that the church would interfere with his presidency. He said they wouldn't and they won't.
Also if you have any questions about the mormon faith and what they believe it is all online at lds.org.