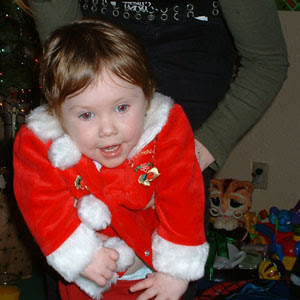 Charity bought Allie this red Santa coat last year and Allie can finally wear it this year. Allie had such a blast having family around her. Charity opened each one of Allie's gifts with her and then they tested each one out. 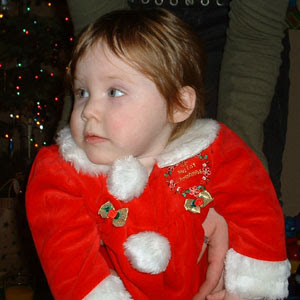 Of course, everything Allie has either lights up or makes noise or both. When Charity and Aaron were growing up, if you bought one of them a toy that made a bunch of noise, that toy got to live at your house and the child could come visit the toy at your house. That was the rule. I really had no use for noisy toys when my two kids were little because they were noisy enough. That comes from their mother's side. But Allie, it turns out, is the center of the universe. 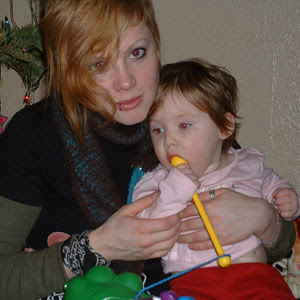 "I think the car needs a tune up."

Pictured at the bottom of this photo is a "jack-in-the-box" sent to Allie by the charming and beautiful Susan's mother, Dorice. As you can see, Charity is already startled by the sudden appearance of "jack" even though he hadn't yet made his startling entrance. Allie, so far, thinks this is just something that makes noise. She doesn't know about the "pop-goes-the-weasel" part. 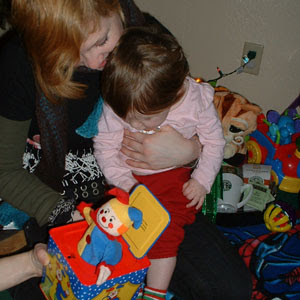 So far, Allie thinks "weasel" is another name for Grandpa.

"How did you get Pop-pop in there?" 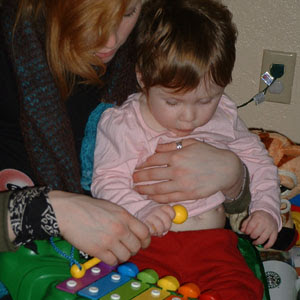 Charity is naturally gifted with musical talent and we expect the same from Allie. 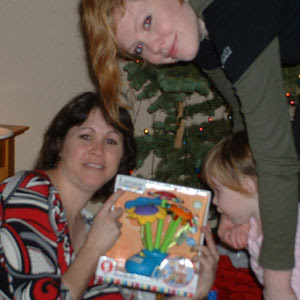 This is a cool toy. It lights up and plays a little song. We let it live at our house since we want Allie to stay. 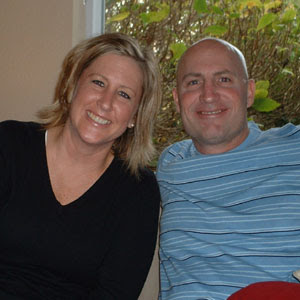 This is my sister and me. My sister is the one with the hair.

This is that charming and beautiful Susan I've been telling you so much about. But she wouldn't be happy about me posting this picture of her acting scary so please don't say anything to her about it.

Agreed, as to Allie. And I'm seeing some some changes in her face as she gets a little older. Definitely looking more like a little girl than a baby.

It also appears that everyone had a grand time. :o)

Was Susan's favorite band "Kiss?"I think she's using the moment to "let it all out." :)

Thank you for the gift card! And the purse!

susan was not a kiss fan. but she does have a thing for insane clown posse.